As the year draws to a close, it is time to remember the figures from the worlds of arts and science who died in 2019. The scientific community said goodbye to Sydney Brenner, Michael Atiyah, Paul Greengard, Manfred Eigen, Murray Gell-Mann and a number of other leading researchers this year. On a single day in November, it was confirmed that Australian broadcaster Clive James, theatre director Jonathan Miller and celebrity chef Gary Rhodes had died. Here is a look back at those to whom we, at Web of Stories, said farewell:

Sydney Brenner (1927-2019): Nobel laureate died in April at the age of 92. Brenner was best known for his discovery of sequences that stop protein translation, mRNA, and his investigation of the nematode C. elegans, which he realized would be an ideal model organism to study cell differentiation and organ development. That work won him the 2002 Nobel Prize for Physiology or Medicine. Watch his life story at: https://bit.ly/2Fat2Ia

Manfred Eigen (1927-2019): Nobel Prize winning German biophysical chemist was best known for his work on fast chemical reactions and his development of ways to accurately measure these reactions down to the nearest billionth of a second. He published over 100 papers with topics ranging from hydrogen bridges of nucleic acids to the storage of information in the central nervous system. Watch his life story at: https://bit.ly/35aNROp

Sir Michael Atiyah (1929-2019): eminent British mathematician broke new ground in geometry and topology with his proof of the Atiyah-Singer Index Theorem in the 1960s. This proof led to new branches of mathematics being developed, including those needed to understand emerging theories like supergravity and string theory. Watch his life story at: https://bit.ly/2MYJyQ7

Murray Gell-Mann (1929-2019): New York-born physicist was known for his creation of the eightfold way, an ordering system for subatomic particles, comparable to the periodic table. His discovery of the omega-minus particle filled a gap in the system, brought the theory wide acceptance and led to Gell-Mann’s winning the Nobel Prize in Physics in 1969. Watch his life story at: https://bit.ly/2sCKfax

Jonathan Miller (1934-2019): British theatre and opera director. Initially studying medicine at Cambridge, Sir Jonathan Miller came to prominence with the production of the British comedy revue, Beyond the Fringe. Following on from this success he embarked on a career in the theatre, directing a 1970 West End production of “The Merchant of Venice” starring Laurence Olivier. He also started directing opera, famously producing a modern, Mafia-themed version of “Rigoletto”. Watch his life story at: https://bit.ly/2QD7WaZ 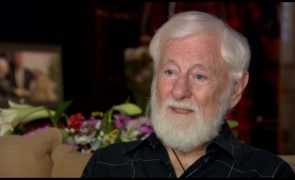 Ever since June 1967, the people living within the borders of Israel have marked the anniversary of the Six Day War. This year’s commemorations are especially significant marking the 50th anniversary of a war which ended with Israeli forces capturing East Jerusalem, the West Bank, Gaza, the Golan Heights and Sinai. To many, the result of the war was hailed as a liberation which primarily allowed Jews to once more…

Publisher and editor Peter Mayer talks to Web of Stories 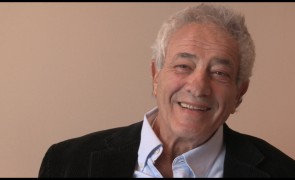 How many CEOs of major publishing companies can claim to have been in the Merchant Navy, or to have driven Allen Ginsberg in a taxi from New York to San Francisco? Probably not many, but Peter Mayer, former CEO of Penguin Books, can. In a series of videos recorded especially for Web of Stories, Peter Mayer recalls how he progressed from working as a reader for small publishing companies to… 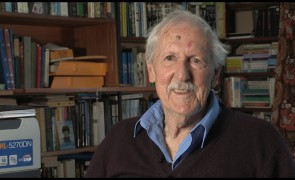 Today we launch our newest speaker on Web of Stories! Listen to science fiction writer, Brian Aldiss, tell his life story in a series of fascinating videos. Born in 1925, Brian Aldiss is an English writer and anthologies editor, best known for his science fiction novels and short stories. He was educated at Framlingham College, Suffolk, and West Buckland School, Devon, and served in the Royal Signals between 1943-1947. After…

New look for Web of Stories 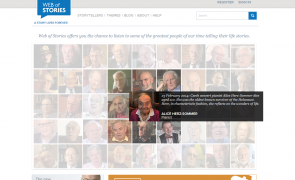 Web of Stories, the website that offers you the chance to listen to some of the greatest people of our time telling their stories, has had a face-lift.  A new, cleaner design now displays the site’s contents to its full advantage.  Users can search for storytellers by name or by their professions while stories are ordered on the site by popular themes such as family life, love and childhood making… 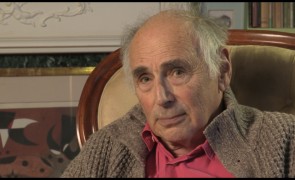 American-born writer Fredric Raphael has spent most of his 83 years garnering admiration and awards for his work. A published author by the age of 23, he has written many novels as well as screenplays to films including Far From the Madding Crowd, Darling for which he won an Academy Award, and Two For the Road which starred Audrey Hepburn and Alan Bates. Throughout his career, Raphael has worked with…

Welcome to Web of Stories blog!

Web of Stories began as an archive of life stories told by some of the great scientists of our time. As the number of stories grew, it became obvious that some were on related topics and a web was slowly being created of connected stories. After a while we also invited famous people outside the field of science to tell their life stories. Our aim has been to provide an…