Publisher and editor Peter Mayer talks to Web of Stories

How many CEOs of major publishing companies can claim to have been in the Merchant Navy, or to have driven Allen Ginsberg in a taxi from New York to San Francisco? Probably not many, but Peter Mayer, former CEO of Penguin Books, can.

In a series of vide 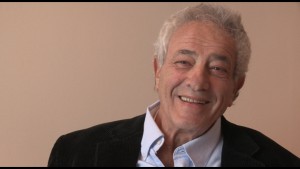 os recorded especially for Web of Stories, Peter Mayer recalls how he progressed from working as a reader for small publishing companies to heading the internationally acclaimed Penguin Books. It was while Mayer was in charge that Penguin published The Satanic Verses by Salman Rushdie. Peter Mayer became a target of the ensuing fatwa which was famously declared against the book’s author, translators and publisher. He speaks thoughtfully about the serious repercussions that he, his staff and others associated with the book had to face. But his belief in and defence of the ideals of freedom and the rights of the individual vis-a-vis the state are as strong now as ever despite, or perhaps because of, the dangers such freedom is faced with.